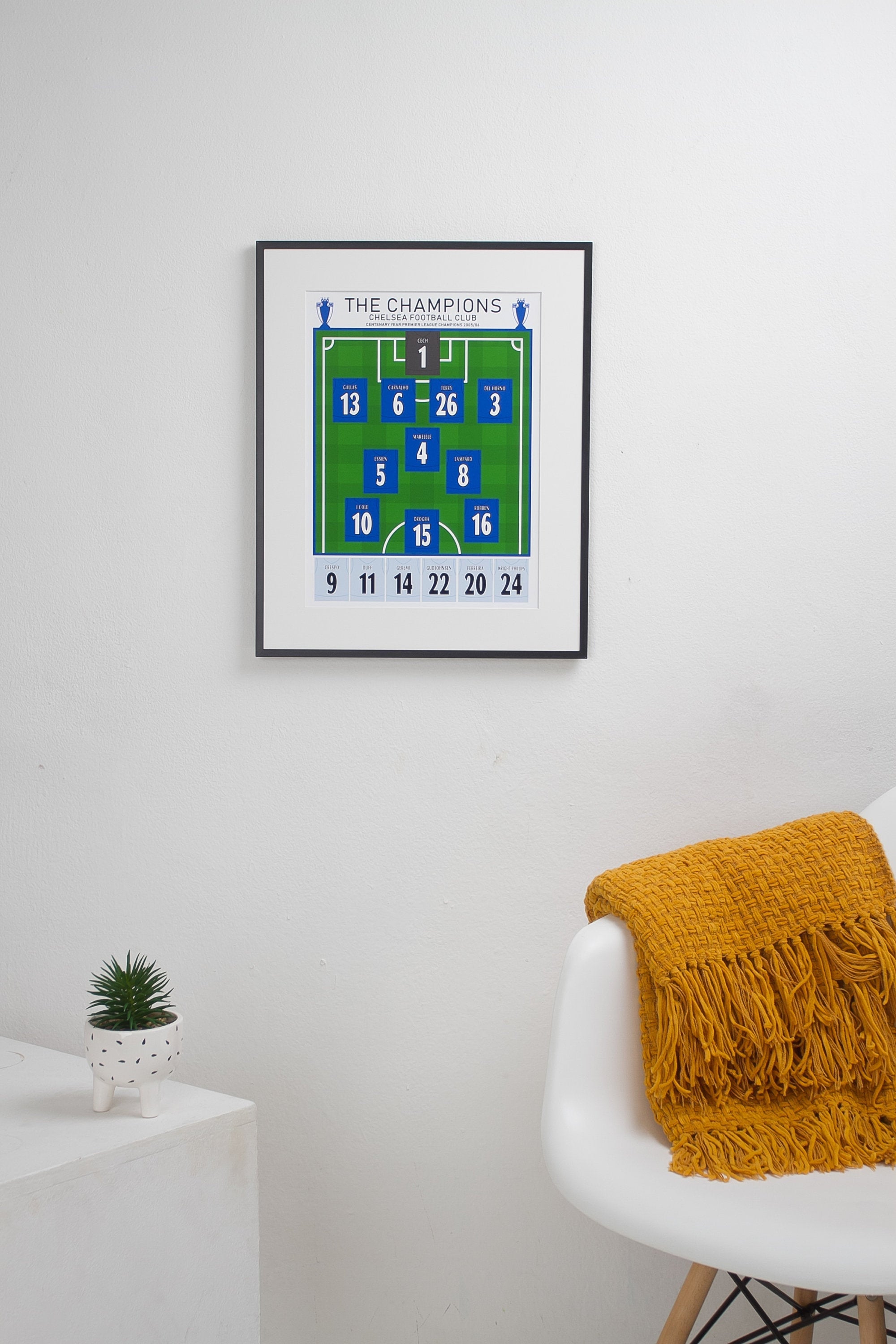 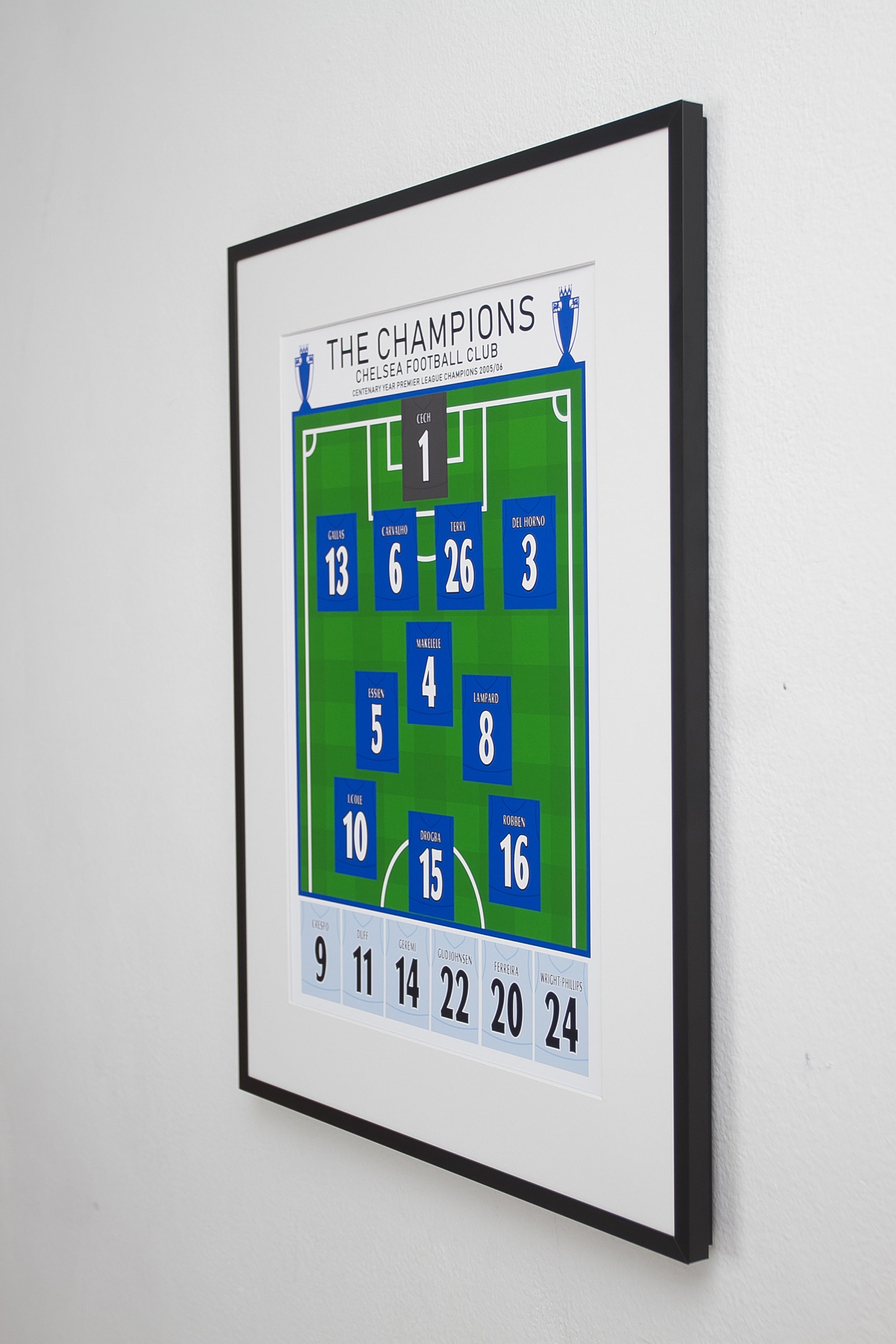 The 'Classic XI' series is dedicated to immortalising a revered season in the history of a club. This piece is a tribute to Chelsea's 2005/06 season, displaying the most commonly used line-up and key substitutes used through the campaign.

Jose Mourinho's side claimed a second successive league title, made even more special due to it occurring in Chelsea's Centenary season. The title was claimed after a dominant 3-0 over Manchester United through goals from William Gallas, Joe Cole and Ricardo Carvalho. Featured on this piece are former Stamford Bridge favourites Petr Cech, John Terry, Michael Essien, Frank Lampard and Didier Drogba. The print has been methodically researched, fine details replicated in vivid colour and would be a welcomed gift for any supporter of The Blues.