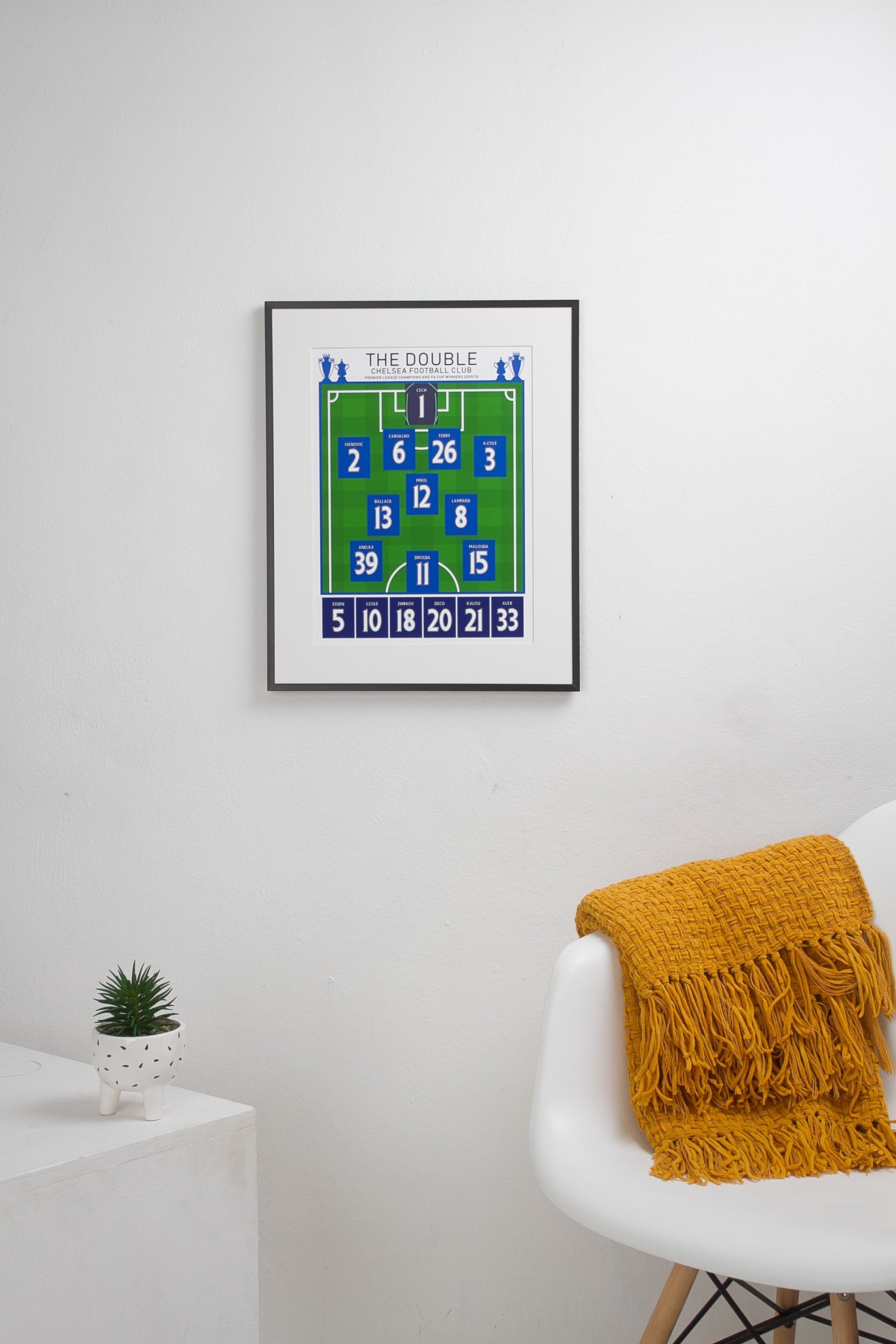 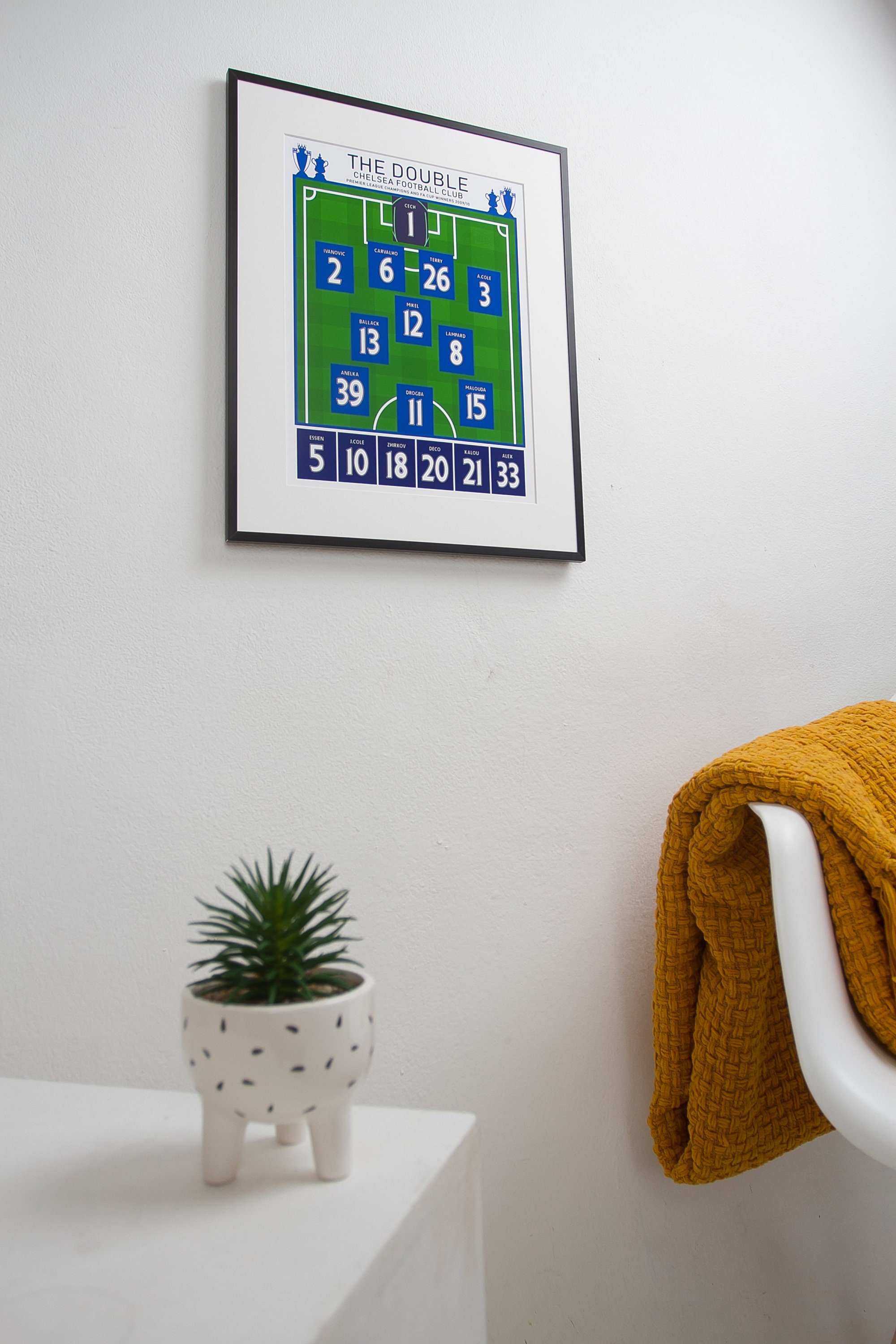 The 'Classic XI' series is dedicated to immortalising a revered season in the history of a club. This piece is a tribute to Chelsea's 2009/10 season, displaying the most commonly used line-up and key substitutes used through the campaign.

Carlo Ancelotti's first season with Chelsea ended with the club capturing both the league title and FA Cup, the first double in the history of the club. The title could have been lost on the final day had results gone the other way, but an 8-0 victory over Wigan Athletic secured the trophy in style. Featured on this piece are former Stamford Bridge favourites Petr Cech, John Terry, Michael Ballack, Frank Lampard and Didier Drogba. The print has been methodically researched, fine details replicated in vivid colour and would be a welcomed gift for any supporter of The Blues.