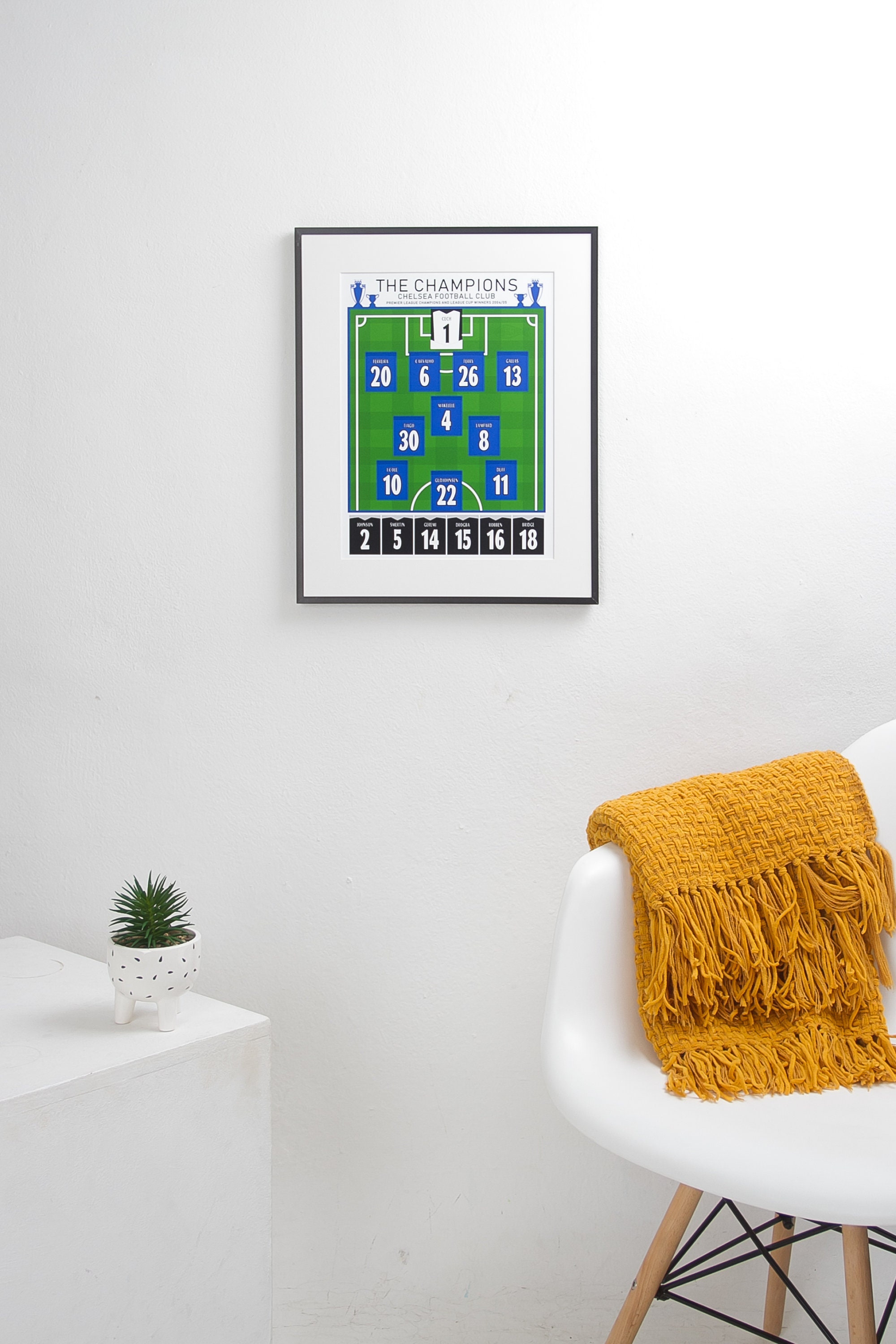 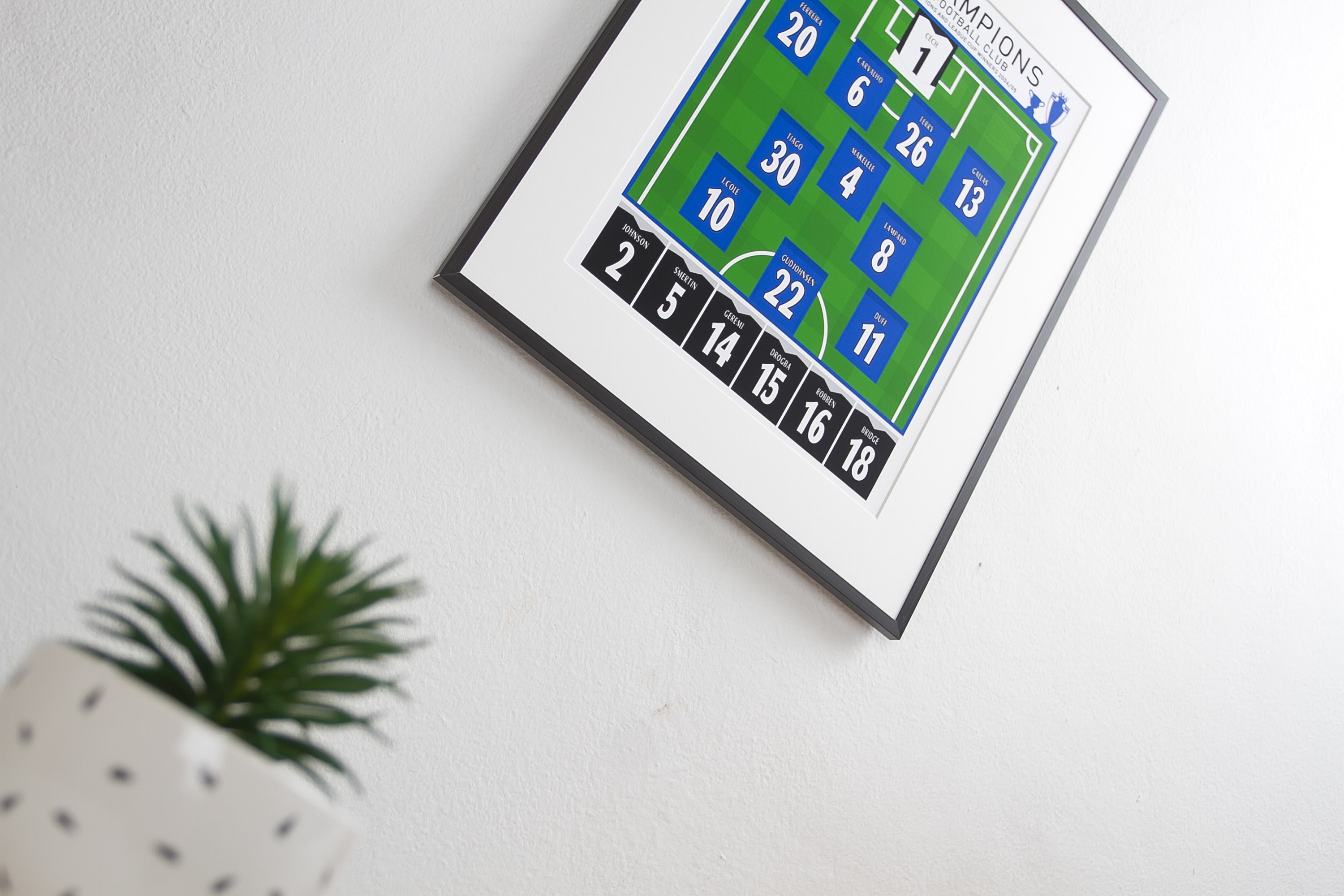 The 'Classic XI' series is dedicated to immortalising a revered season in the history of a club. This piece is a tribute to Chelsea's rampant 2004/05 season, displaying the most commonly used line-up and key substitutes used through the campaign.

Jose Mourinho's side romped to the club's first league title since 1955 winning an astonishing 95 points. A 2-0 win away at Bolton secured the title, despite Sir Alex Ferguson's assertion that The Blues would come unstuck when playing in the north-west. Featured on this piece are former Stamford Bridge favourites Petr Cech, John Terry, Claude Makelele, Frank Lampard and Eidur Gudjohnsen. The print has been methodically researched, fine details replicated in vivid colour and would be a welcomed gift for any supporter of The Blues.