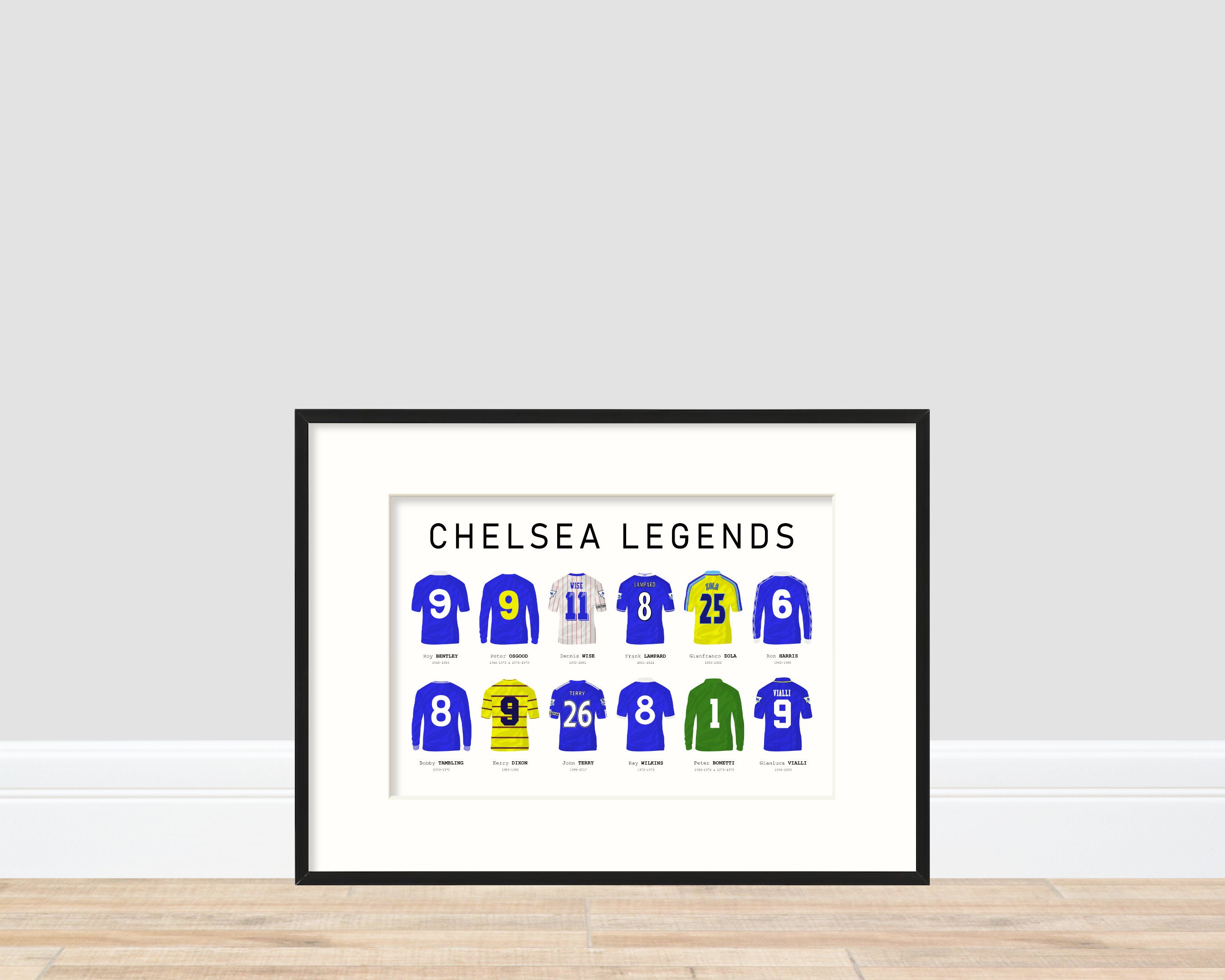 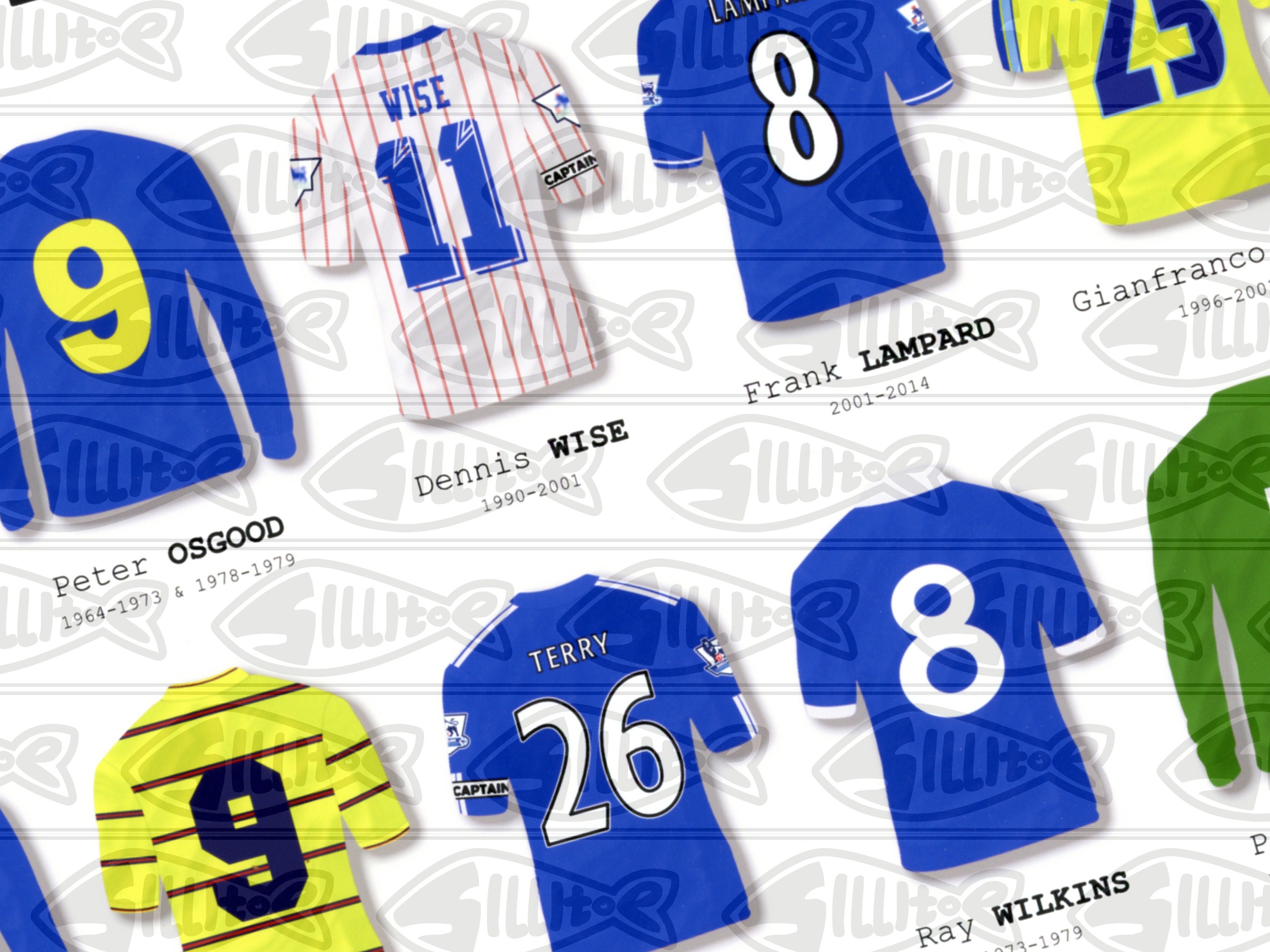 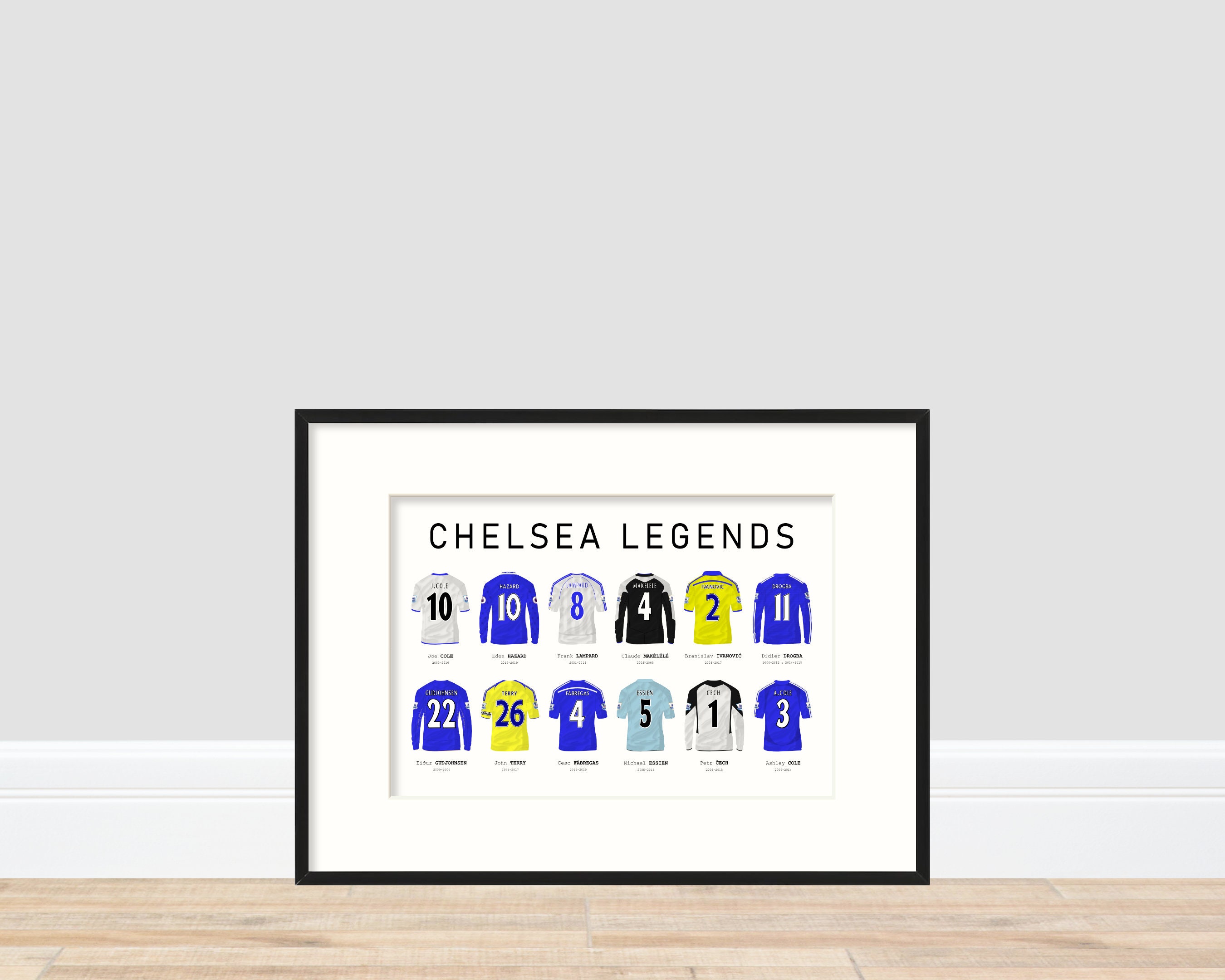 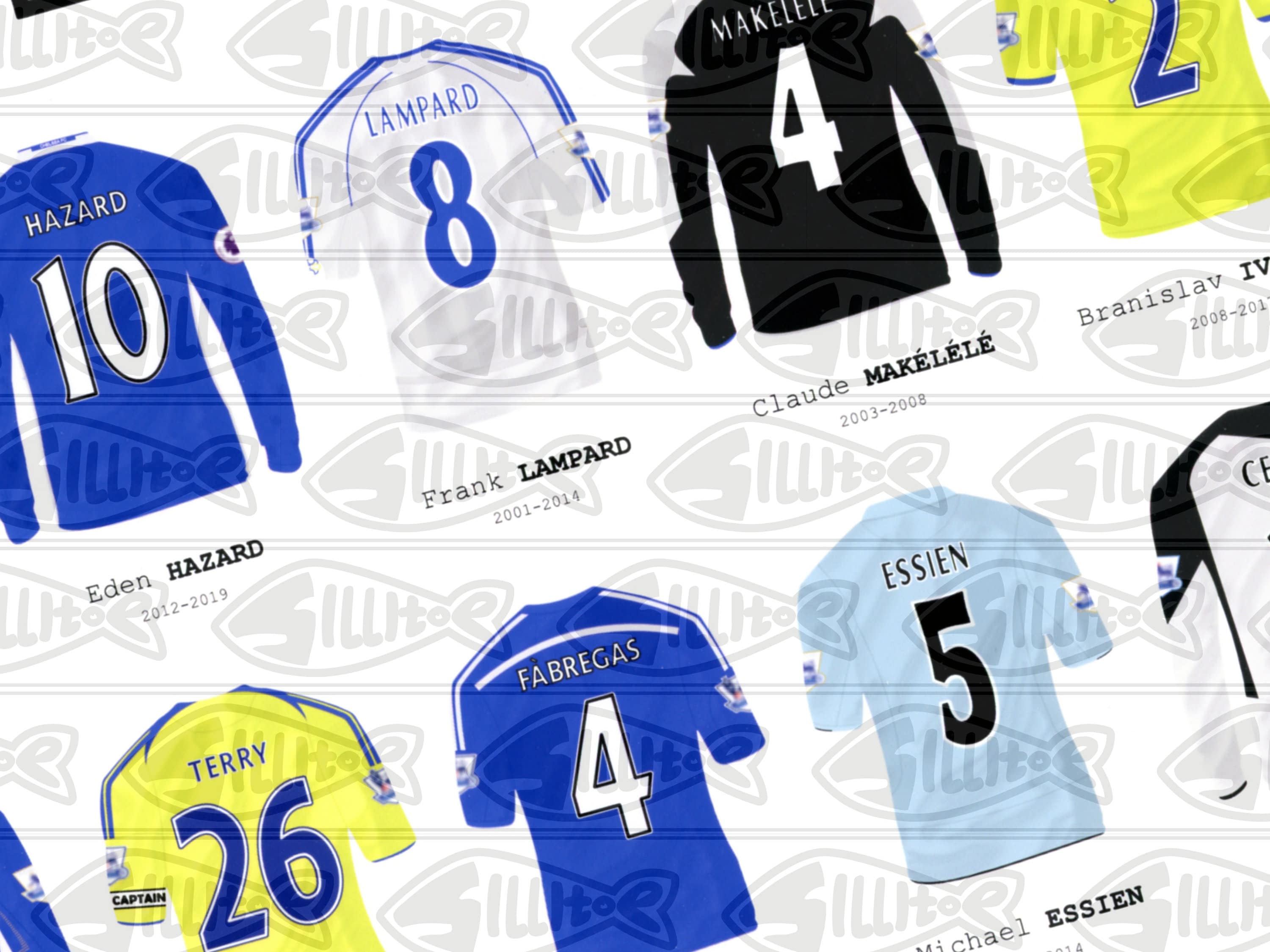 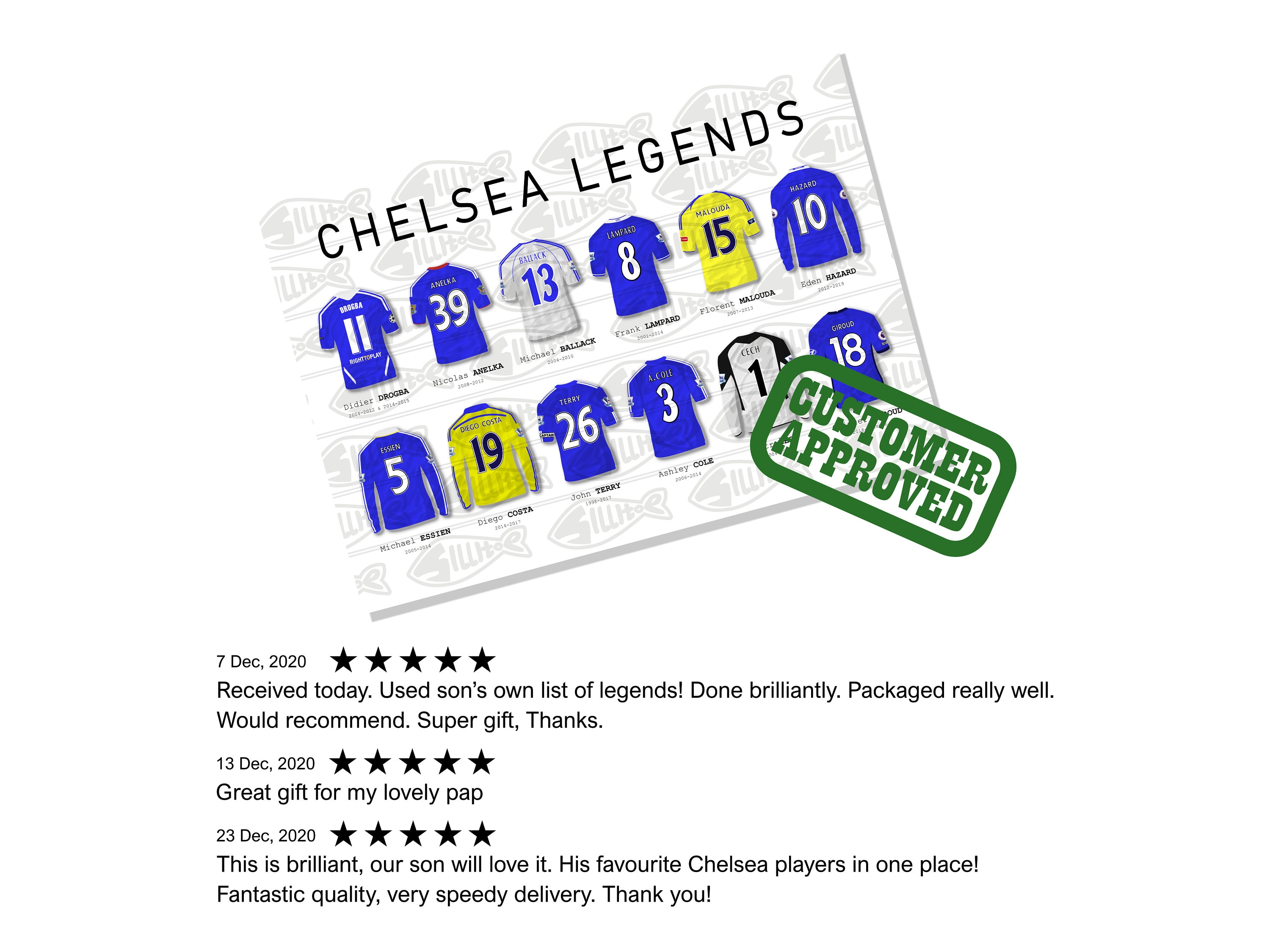 This piece features 12 of the greatest footballers to have ever pulled on a Chelsea shirt, no easy task considering the calibre of the players to have graced Stamford Bridge.

It is available in two versions, 'All Time Legends' for the more experienced supporter & 'Modern Legends' for the younger fan. These prints have been methodically researched, with fine details replicated in vivid colour and would be a welcomed gift for any Chelsea FC supporter.

Excellent quality. Perfect affordable gift which is unique. Thank you.

I LOVE this so much. I don’t have it up yet so don’t have a photo, but all my Chelsea favorites in one print. Perfect!