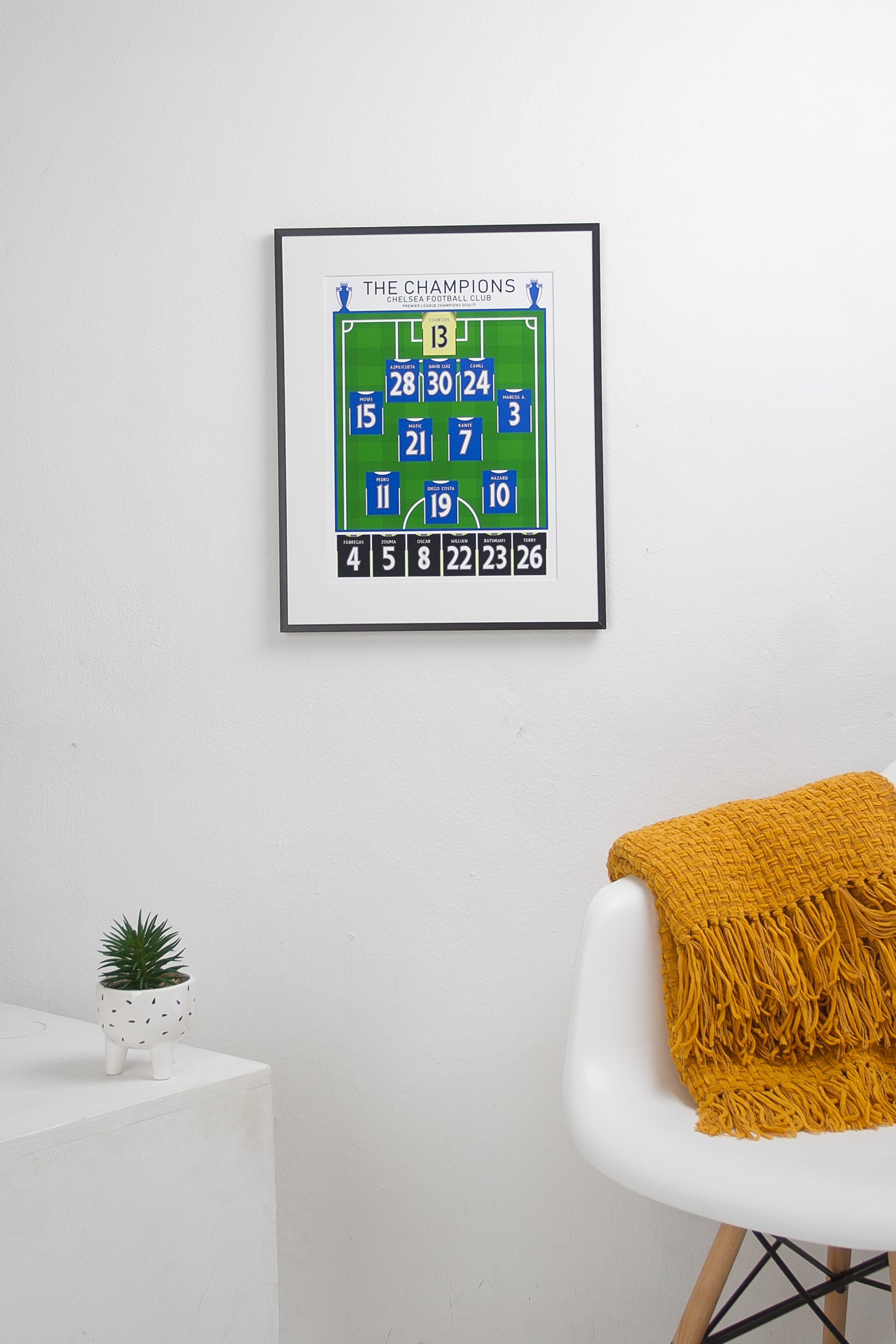 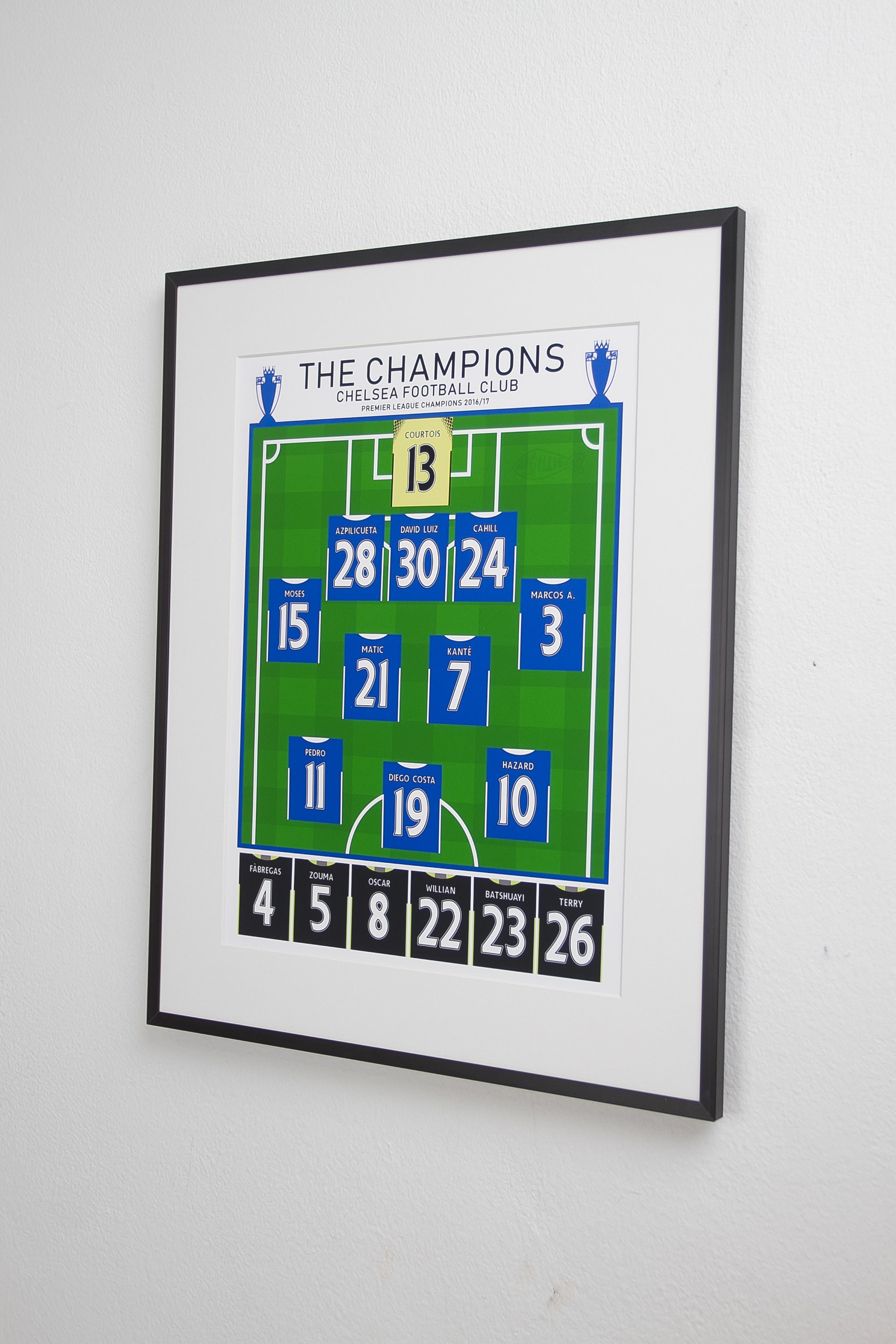 The 'Classic XI' series is dedicated to immortalising a revered season in the history of a club. This piece is a tribute to Chelsea's 2016/17 season, displaying the most commonly used line-up and key substitutes used through the campaign.

Antonio Conte was appointed as manager in summer 2016 and guided The Blues to 30 wins to claim their 6th league title. The highlight of the season was a 3-1 victory over Manchester City at The Etihad, coming from behind with second half goals from Diego Costa, Willian and Eden Hazard. Featured on this piece are former Stamford Bridge favourites Branislav Ivanovic, Gary Cahill, N'Golo Kante, Eden Hazard and Diego Costa. The print has been methodically researched, fine details replicated in vivid colour and would be a welcomed gift for any supporter of The Blues.