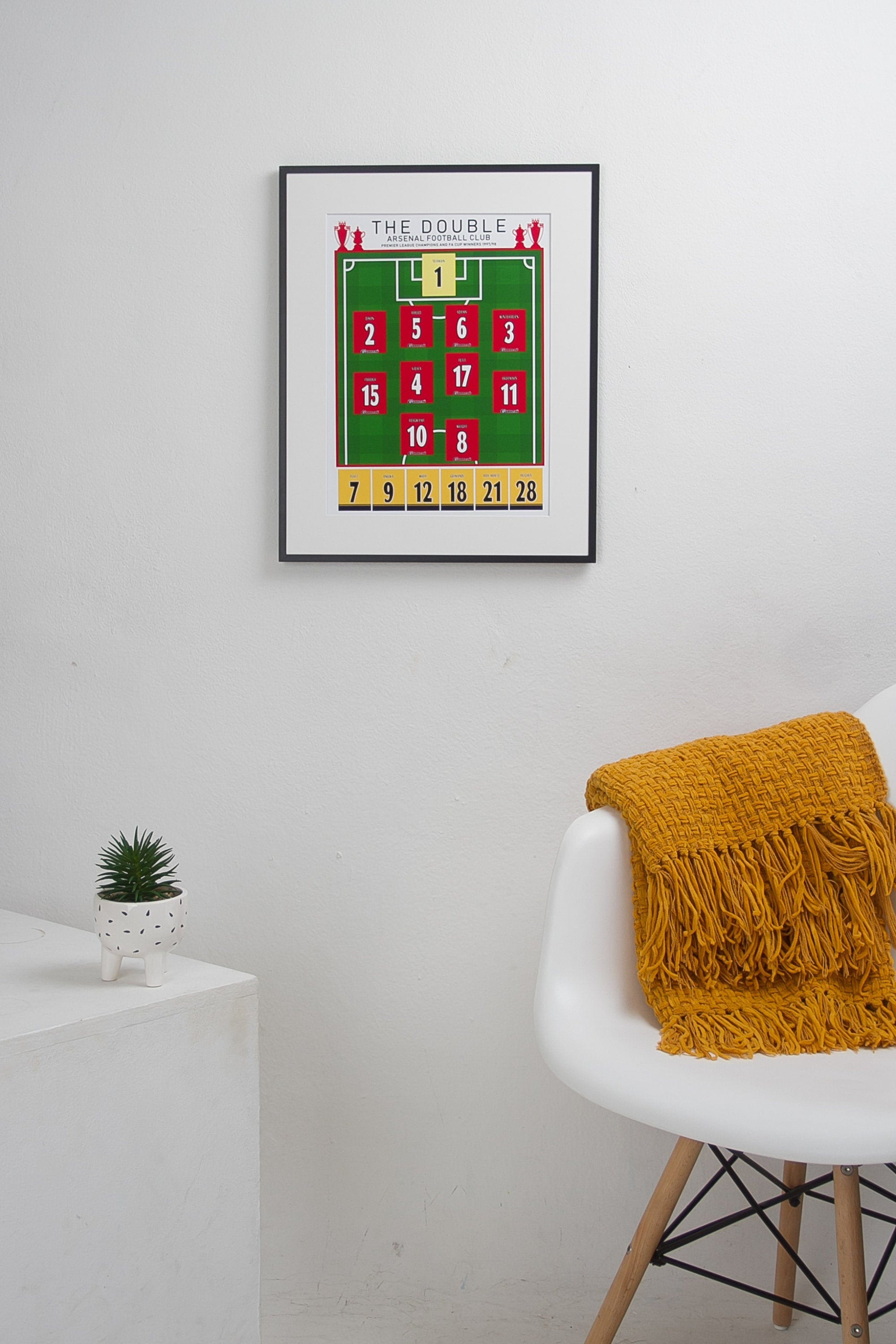 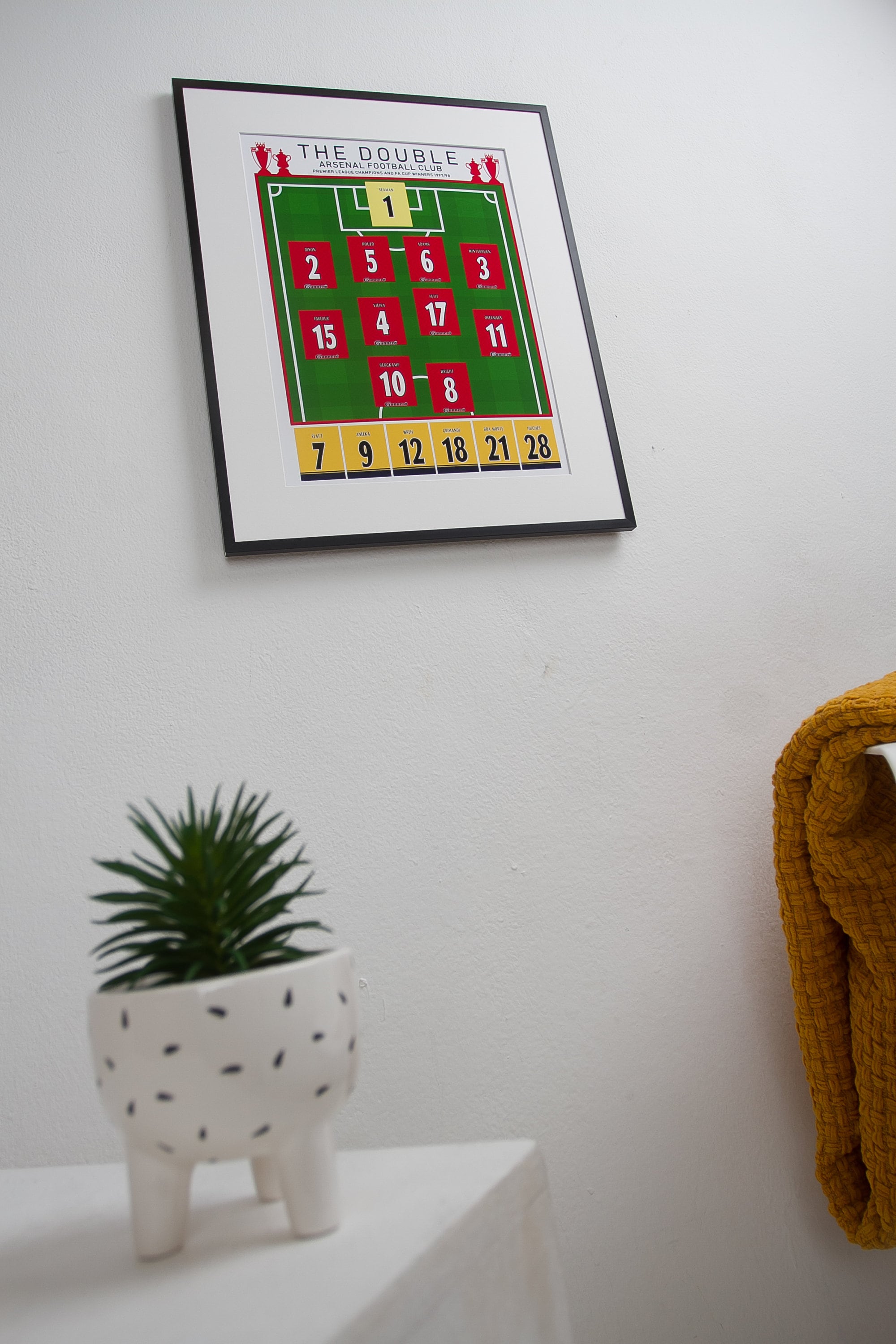 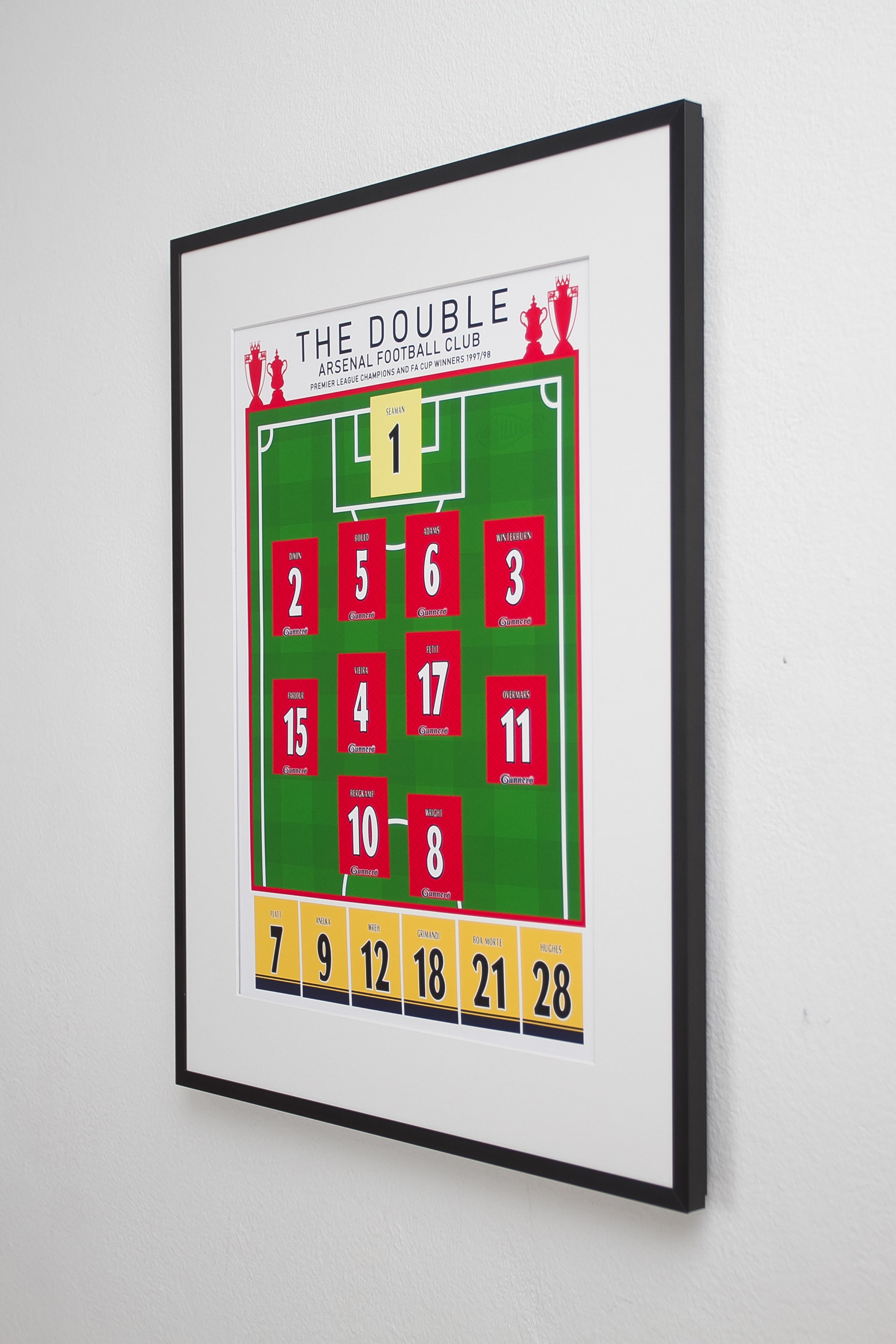 The 'Classic XI' series is dedicated to immortalising a revered season in the history of a club. This piece is a tribute to Arsenal's 1997/98 Double Winners, displaying the most commonly used line-up and key substitutes used through the campaign.

The Gunners held off Manchester United to win their first league title since 1991, with a Marc Overmars inspired 1-0 win at Old Trafford in March being a pivotal moment in the season. On May 16th a 2-0 win over Newcastle United at Wembley secured Arsenal's second double, emulating the immortal 1970/71 side. Featured on this piece are former Highbury favourites David Seaman, Tony Adams, Patrick Vieira, Dennis Bergkamp and Ian Wright. The print has been methodically researched, fine details replicated in vivid colour and would be a welcomed gift for any supporter of The Gunners.